Once again Central North Island dairy processor Miraka has shown that their focus on sustainable farming practices is delivering returns.

Despite experiencing a challenging dry summer period, this year a record number of farms achieved a perfect score in the Te Ara Miraka farming excellence programme – which is underpinned by five value pillars – and were recognised at the iwi-owned organisation’s recent annual awards ceremony.

The Walters family at Sandel Ridge Farm, near Whakamaru, was one of the five Miraka farms that scored 100 per cent in the programme this year.

Pete and Sarah Walters have owned and run the 214 hectare farm, milking 550 cows, since 2015. They’ve also owned the 210ha farm next door since 2018, and run the two farms as separate herds.

Pete and Sarah were brought up on dairy farms, both studied agriculture degrees at Massey, and as a couple they worked their way up the dairy ranks on family farms before they bought Sandel Ridge.

“It’s one of Miraka’s foundation farms and its location, size, easy contour, and proximity to family attracted us,” says Pete. “The Te Ara programme was being introduced for what would be our second season.”

During the interview the couple had with Miraka to see how they felt about the programme, they realised it was more Miraka interviewing them for their suitability.

“We were doing about 60 per cent of their book of criteria anyway, so it fitted with how we farm, and we were happy with the changes required, so we felt it was a good move for us,” says Sarah.

“Our farm vision is to be leaders in best practice farming,” says Pete.

“We want to be performing at that level and Miraka incentivise well.” Farm scores in the programme contribute to the final milk price, with high-scoring farms receiving an additional financial incentive.

Within Miraka’s Five Pillars of People, Environment, Prosperity, Cows and Milk, some rules are mandatory, and some are incentivised. “If you look at the evidence of what the farms in the programme are achieving, the incentive carrot works very well,” says Pete.

Sarah completes the majority of the paperwork and uploads documents to the Miraka online portal. The annual audit by QCONZ consists of a two to three-hour on-site visit.

In previous years Sandel Ridge has missed out on the 100 per cent score as their six-week calving rate wasn’t quite enough.

“Every farm gets an identical, detailed booklet of expectations for the next year and we love being pushed to do better, and have new challenges,” says Sarah.

Working with their land

The farm uses bore water for stock, and has no waterways to fence. Despite this, they’ve allowed a steeper 6ha to revert back to native bush.

The free-draining Taupo Ash over pumice soils can dry out in summer, with the 2019 season being very dry. The rye/clover/plantain grass mix did well but they are looking at diversifying the grass mix when re-planting is due.

“We adopt a ‘little and often’ approach programme to fertiliser application, doing five to six applications of sulphur, potassium and nitrogen over six months,” says Pete. The soil’s phosphorus content is very high so very little phosphate is applied.

Effluent flows through a stone trap into the 2.5 million litre lined pond, and is then pumped through an extensive pipework to irrigators, reaching 65ha of the farm. The pond never reaches capacity.

“We grow 11ha of turnips in summer, and 3ha of fodder beet for April/May milking,” says Pete.

“The cows get in-shed meal consisting of palm kernel, DDG and soy hull when they are in full lactation,” says Sarah.

All the Miraka farms received their first Carson Emissions Report in 2019, but its relevance was a little unclear to the Walters at that point. “We fell into the middle of Miraka’s supplier range for each of the three criteria, so that was a promising start,” says Pete.

The couple are waiting for their 2020 report and that will start to make the required connections with their practices and their carbon emissions. “This is new ground for us, and we are keen to learn what we have to do to keep the emissions low,” says Sarah.

The Walters appreciate the inclusive culture of Miraka, the large support network of the other farms, and the Miraka management team who are always there for them.

“We know several farmers in the scheme, and we all meet up to do workshops and share ideas at the Miraka training day each year,” says Pete. “The awards dinner has an almost family feel,” says Sarah.

Pete and Sarah feel a little like they are taking credit for the awards their farms have received, when they have “an awesome team” of two managers and four workers over the two farms, who really care about the business, the industry and best practices. “After all, we can’t milk 1000 cows on our own,” says Pete. 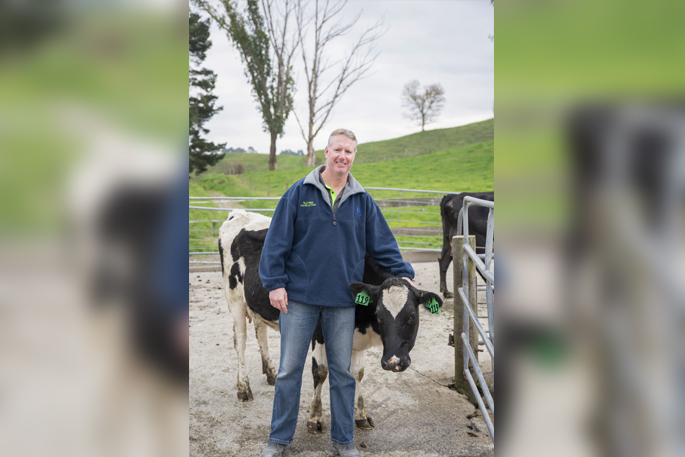