Colin Murphy with his 1972 Leyland 384 showing its Pearson Quick Tach front loader, modified in the 1980s to manage large rounds.

Third generation Mangawhero dairy farmer Colin Murphy has had a lifelong interest in “old things” and has been collecting for many years. And he still enjoys tractors and farm machinery.

In 1976 he bought a second-hand 1972 Leyland 384 from A. R. Johns Ltd in Matamata. It had been used by an agricultural contractor, with a Belcher front-mounted hedge trimmer.

“At the time we were running a closed herd of pedigree Friesians, and we were self-contained, rarely bringing in feed,” says Colin. “We needed something to load our new feed-out wagon.”

The Leyland fitted the bill for a “2WD tractor of substance” with its diesel, four-cylinder, 72hp engine.

“It was a good general purpose farm tractor and we also used it for rotary hoeing, hay making and silage making.”

The tractor has a Pearson Quick Tach front loader, which was perfect for loading silage. When big bales came into fashion in the mid-1980s, Colin had the loader modified.

“Darcy Lupton from Otorohanga Engineering left the three middle prongs intact and added two much longer prongs, one at each end. These could handle the large rounds.”

The body is still sporting its original two-tone Leyland blue paint, and both Leyland and Nuffield branding. The purchase receipt from 1976 detailed it as a 1972 model, which is well past the 1968 merger of Leyland and Nuffield, so the dual branding is something of a mystery!

The engine didn’t fare so well, requiring a complete engine re-condition in the mid-1980s. This work brought another anomaly to light.

“The mechanic was surprised to find the Leyland had a single O-ring at the bottom of the wet sleeve, when he was expecting two.”

This discovery, paired with the unusual branding, makes Colin wonder if the dates got mixed up at some point and the tractor could be a little older, perhaps from around the time of the company merger.

In the early-2000s, corrosion to the engine block where water leaked through the O-ring of the fourth wet sleeve, exiting into the oil sump, mixing oil and water, had caused damage. This was fixed with the solution of the time – pink silicon gasket filler in the recess, and a new sleeve.

“The problem came back in 2019, but modern fillers are so much better and it was an easy fix.”

Parts are still readily available in New Zealand and the tractor is still being used on the now-leased farm today when required. 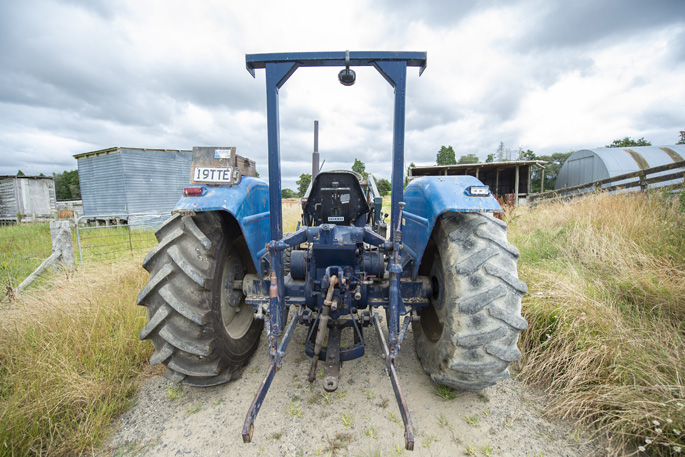 Farming in a bubble

The dry and recovery from it

Breeding alpacas in the Waikato