Kauri trees in the Kaimai Ranges

A structure of wooden planks, used in the 1900s to gather and unleash water to ‘drive’ kauri logs down Western Bay of Plenty hills to sawmills, is juxtaposed against the Kaimai Ranges in view at Western Bay Museum.

The salvaged section of the Wairoa Dam is a vivid reminder of how the region’s early settlers milled large amounts of the native species from the range that now needs our protection from a new threat.

Kauri dieback disease. Paula says the Department of Conservation believe the Kaimai Ranges is the only kauri forest free of kauri dieback.

And so her newest exhibition ‘The Kauri: The Past, The Present, and The Future’ is part of a joint community and DOC effort to empower residents and visitors alike to prevent the kauri-killing disease reaching the last frontier.

“We can’t change our past. We did cut kauri down here right up until the 1950s. The Cashmore and Judd Mill on Wharawhara Rd was the southernmost kauri logging operation in NZ,” says Paula, who believes Kauri grew beyond here but at uncommercial quantities.

“So we talk about the past in the exhibition, because kauri logging was huge here. But we’re focused on the future – preventing kauri dieback from entering the Kaimai Ranges. To do this we must learn from our past.”

The exhibition details six areas of the district’s kauri logging past. First, construction and use of wooden dams to ‘drive’ logs down to sawmills at lower elevations.

The unique display of some gate planks of the Wairoa Dam is courtesy of foresight of DOC ranger Warren Geraghty, who organised to have the dam’s remains airlifted out of the Kaimai Ranges in the 1980s. “When this dam was in full swing, the top was as long as the museum building, 25m, and it was just under 8m high,” says Paula.

“Kauri logs were put in front of the dam, in what they called a log chute. Winter rains gathered up water behind the dam, and they’d ‘trip’ the dam and ‘drive’ logs downstream to sawmills and then onto Diggelmann’s wharf to be loaded onto the scrows. It would have been terrifying – imagine a wall of water as big as this building pushing logs downhill.”

There’s focus on The Cashmore and Judd Mill, built in 1902 by the Bond Bros and a Mr. Judd. Also highlighted is felling of the Lindemann King Kauri in 1939 – a tree with a butt girth of 45ft 7in (13.7m) and height of 75ft (22.9m) to the first branch and was bigger than today’s national icon, Tane Mahuta.

Key industry figures are presented, including the Collins Brothers. But the exhibition focuses on Tudor Collins, younger brother of Bert and Reg, who were running the Coromandel’s kauri logging industry before arriving in Katikati. 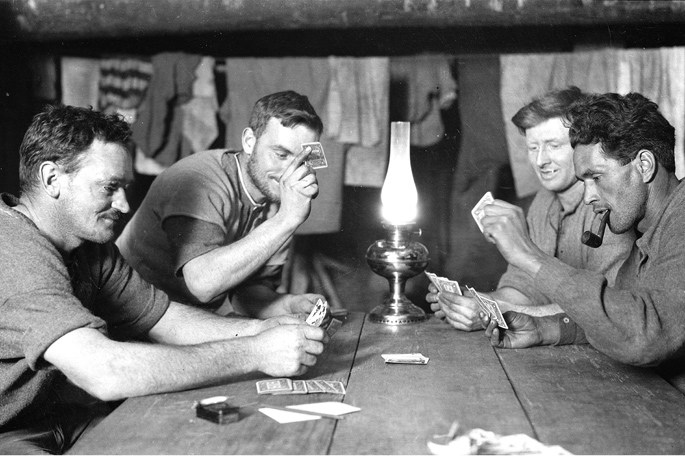 Tudor had a Kodak Vest Pocket camera as a boy and later upgraded to an Autograph Kodak Special 3A, which took postcard-sized film.

He’d enlisted in the army in 1918, but the war was declared over as he was en-route to Europe. Returning home he visited his brothers and became a bushman for five years. His camera went with him.

By chance he met NZ Herald photographer George Bourne, who taught him how to develop rolls of film in the bush camps. “All of these clear, historical photographs we have on display were taken by him in 1921. Eventually he opened his own photography shop in Warkworth – and lived his dream,” says Paula. 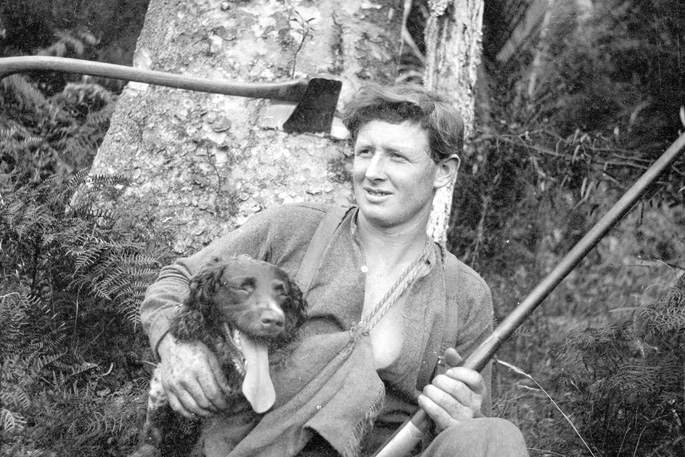 The exhibition is open to the public – and to school-aged children via the museum’s education programmes. The newly-launched Lions Club of Katikati – Museum Learning Experience has been perfect timing, with already 240 local students visiting. “They are our best advocates and now have a very clear understanding of what they’ve got to do when visiting our Kaimai Ranges to prevent the spread of kauri dieback,” says Paula.

The experience takes in the exhibition, then moves to education of kauri and today’s biggest threat – kauri dieback disease.

And nearby at The Arts Junction a new kauri mural ‘Te Wao Tapanui a Tane (The sacred domain of Tane), launched last month by Katikati Open-Air Art group and DOC Tauranga, is another visual reminder to all about the precious state of the nearby forest.

Paula says kauri logging was wasteful without a doubt. “But at the time they really thought what they were doing was developing the district, as many other bushman around NZ thought too. We cannot change history but we can certainly make every possible attempt to save our majestic kauri.”

Paula says now the future of the kauri in our Kaimai Ranges really relies on us. “It’s up to human beings. We all need to read the DOC signs, wash our boots on our way in and out, stay on the tracks and stay away from those closed.” The exhibition closes November 30. See: www.nzmuseum.nz

Taupo triathlon for all types of kids

Taupo triathlon for all types of kids